[The below was originally published for Commodore Wine Club members.  If interested in learning more about a subscription to this (or any other) wine club, email matthew@vanderbilt.wine, and he'll get back to you with more information.]

Welcome to the Commodore Club - we’re excited you’ve joined, and ready to get rolling.  You’ve signed up for the “send me anything” option, which means all the world is open.  Over the course of your subscription, we’ll cover a lot of ground: from red and white Burgundy to Champagne (as well as wines made in the méthode champenoise); we’ll explore the great wines of Northern Italy, from Barolo to Barbaresco to the great orange wines from Friuli.  Allocated wines from Spain, from California, from Australia.  Some will blow you away, and some may not be to your specific palate. But our hope is that you learn - about your own taste, and about wine - and that none of the wines leave you indifferent.  These wines are all special.

For Volume I, we’re presenting a red and a white: a Riesling grown by a true pioneer in his region of Germany, and a Cabernet Franc, made in Austria, specifically for one of the best restaurants in that country.  The Riesling is a wine with a long, long life ahead of it; it’s the type of bottle that can easily age thirty years, that is vibrant & powerful in its youth.  The Cabernet Franc is fresh, more playful. If you’re not hip to the Conan the Barbarian spin-off, Red Sonja (who is?), it may pay to read up on it.

I hope you enjoy the wines, and please don’t hesitate to reach out with questions or thoughts on the wines.  You can respond directly to this email. I’d love to hear from you. 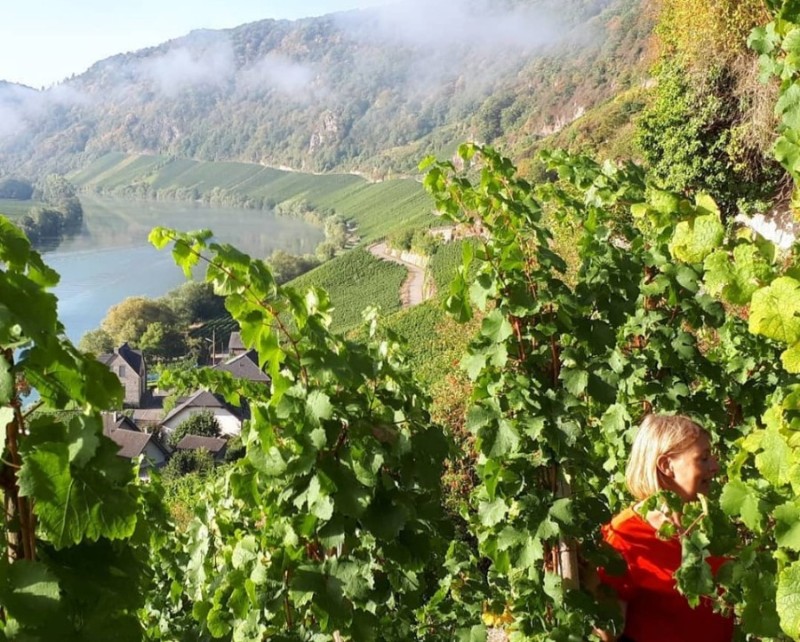 For many of us deep in the proverbial “wine game,” Riesling is the greatest white wine in the world, though many don’t hesitate in calling it the greatest grape of any color.  That assertion is often followed with the concession that Riesling is the most misunderstood grape on the planet; then the collective wino-folk wring their hands and bemoan the tragedy that no one wants to drink Riesling… because “it’s sweet”.

The reality is that Riesling is the most versatile grape in the world: it can be light as a feather; it can have all of the steely muscle of a Harley Davidson.  It can be dry and mineral; it can be sweet and viscous; it can be every combination between.   The grape tells the story of vintage and place better than any other in the world: it tastes like the sunshine that slowly struggled to ripen the grapes, and the soils that barely sustain its life.

Weingut Keller - run by Klaus Peter & Julia Keller - is considered one of the greatest Riesling producers in the world, despite the fact that it’s located in one of the most maligned wine-growing regions in Germany.  Klaus’s incredible dedication led to this statement from the premier wine critic in the world, Jancis Robinson: “If I had to choose on wine to show how great dry German Riesling can be I would choose a Keller Riesling.  Those wines are the German Montrachets” (Vom Boden).  Simply put, these are some of the most sought-after Rieslings in the world.  The "RR" comes from a tiny .33 hectare pocket of red soil in an ocean of limestone. For perspective, that’s only a little bigger than Grand Central’s main concourse.

The wine does have a little bit of residual sugar, which helps to counterbalance the towering, electric, acidity.  It’s got a vibrant, mineral expression of wet river stones and citric fruit balanced with a honeyed richness, with peaches.  Beneath this shimmering brightness there is also a brooding quality; after being opened for a few hours it begins to give off aromas of moist earth, and even (I found) a streak of tobacco leaf, clay and musk.

While posting about the marvelous 2018 vintage in Germany, Keller said, “the just released 2017 is one of purest and best vintages. But it needs time. In a few years we will rank 2017 on same level as 2004. Perhaps even above. Time will tell... #ballerina #elegance #finesse #minerality”  So hold this wine in your cellar (or fridge) until the pigs fly home; it will still taste young when all of us are old.  Or drink it tonight. 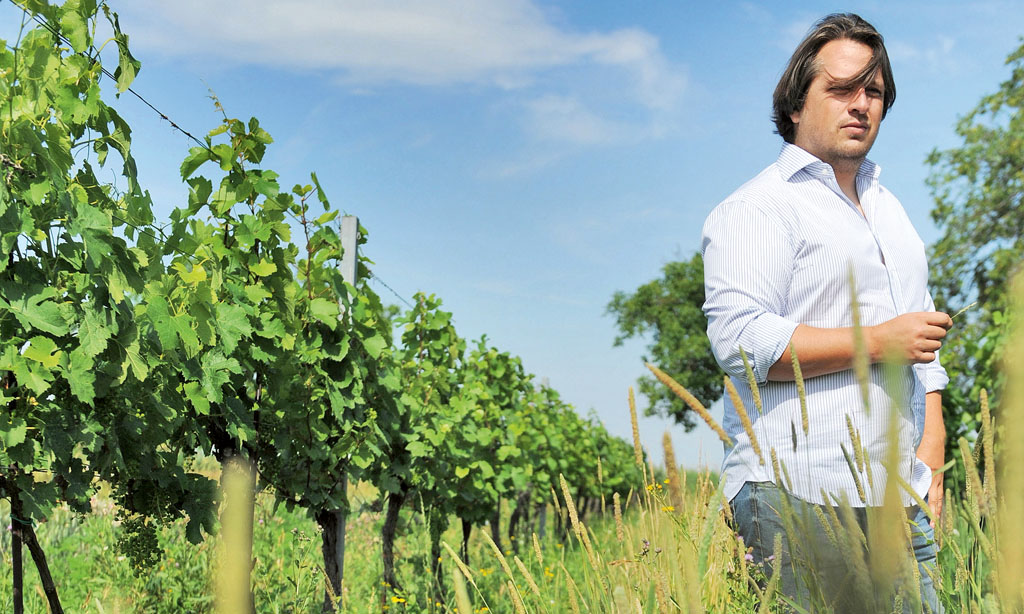 In the world of natural wine, Instagram is the town square.  Winemakers fromPantelleria to Penedes build their brand “like” by “like”, sharing pictures of the soils in their vineyards, the horses they work with, and the enviable bottles they open for inspiration.  Often what is in the bottle appears less important that what's in the bottle.  Instagram - plus the wine-fair circuit - creates a see-and-be-seen atmosphere that values appearance over substance. The best label wins; personality pays. And so here we are, sending you a stunning, characterful bottle that must be “cool”.  Yet… this one is not about appearances. This one is about letting go; it’s about about laissez-faire winemaking.

Tschida, who doesn’t really travel and doesn’t have an Instagram, has made a big impact in the global understanding of what natural wine is, all from a little plot of land in Austria.  This wine wasn’t made for Instagram, or because natural wine is cool. It was originally made for a childhood friend, Konstantin Filippou, who runs an eponymous restaurant in Vienna awarded two Michelin Stars.  The wine was such a success there that Tschida just kept making it, and now he shares it with folks as far as Brooklyn.

Tschida is a philosopher; he’s an aesthete: he believes vines are like children (they must be taught & trained) and that wine must be left alone.  He details this on his website: “leave everything to the game of natural forces. No strict order, no fixed rules, no dogmas. The French call this laissez-faire, which means just to let it run.”  And so he lets the vintage run its course, and he picks the grapes and the end of the season.

The vineyard - which consists of sandy gravel, schist, and limestone - sits on the massive Lake Neusiedler, which helps to moderate the climate.  The grapes are hand-harvested, destemmed. Then the grapes are gently foot stomped in tanks that sit outside his facility, then fermented (with native yeats) in the same closed top tanks before being moved to barrels for aging.  The result is a light, juicy wine: removing the stems reduces tannin, and the gentle foot stomping minimizes skin extraction. No sulfur added.

“Cool” is never as important as honest, nowhere near as moving as delicious.